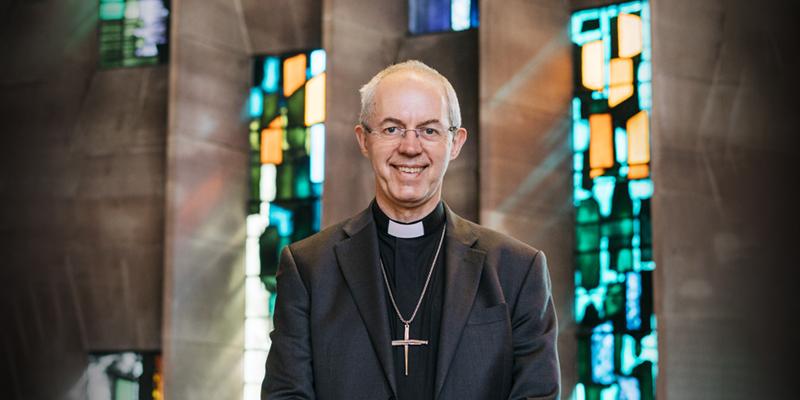 The Archbishop of Canterbury, Justin Welby, has told Bishops from across the globe that, for a large majority of churches within the denomination, “the traditional understanding of marriage is something that is understood, accepted and without question”.

His comments were in response to challenges over the Church’s rejection of same-sex marriage in a previous Resolution known as Lambeth 1.10. The bishops were meeting for the once-a-decade Lambeth Conference.

Lambeth 1.10 states that “homosexual practice” is “incompatible with Scripture”, while also calling “on all our people to minister pastorally and sensitively to all irrespective of sexual orientation”.

The comments are a clear reminder that most churches, within and without the Anglican denomination, do uphold the Bible’s teaching on marriage and sexuality. Teaching traditional views on marriage is not unusual or controversial for Christians. And Lambeth 1.10 reminds us that calling on believers to uphold this teaching must not be done in a cruel or harmful way, but requires sensitivity and love.

Many proponents of accepting homosexual activity in the Anglican denomination try to suggest that there is a strong desire among members to change the Church’s official stance. But despite changes in Wales and Scotland, the vast majority of churches across the worldwide denomination still support traditional marriage.

This poses a real problem for the leading activists calling for a ‘conversion therapy’ ban. They say that prayer, pastoral care and preaching which upholds the Christian sexual ethic must be outlawed under such a ban. But could the Government really consider outlawing the official position of the Church of England?

Jayne Ozanne, leader of the Ban Conversion Therapy group, has called for a ban to outlaw even “gentle, non-coercive prayer”. She wrote on Twitter that Lambeth 1.10 “encourages ‘conversion therapy’”. This is clearly ludicrous, insulting and deeply manipulative. It is yet more evidence that some activists see the concept as little more than a means of attacking mainstream Christians.

The Church’s majority position on marriage has not changed in two-thousand years. Though many holding such views want to see the Church’s teaching forced to change, it is clearly an inappropriate matter for the criminal law. Penalising Christians merely because their views disagree with fashionable ideology would be repressive and wrong. It would be an obvious interference in the right to freedom of belief, with such beliefs already deemed ‘worthy of respect’ by the UK courts.

Many Christians will be unimpressed by the rest of Welby’s comments. There is no doubt he is in a challenging position, but he fails to promote the authority of Scripture, while suggesting the Church’s teaching can change to avoid the "derision" or "contempt" of the surrounding culture. That is surely the opposite of what we learn throughout the Bible, which calls for faithfulness despite ridicule and persecution. With or without the Archbishop’s assistance, Christians will take a firm stand against efforts to criminalise faithful teaching.

This timely reminder of just how common traditional teaching on marriage is, does demand an answer from those who want to outlaw the ordinary work of churches. Can the ban really criminalise us all?