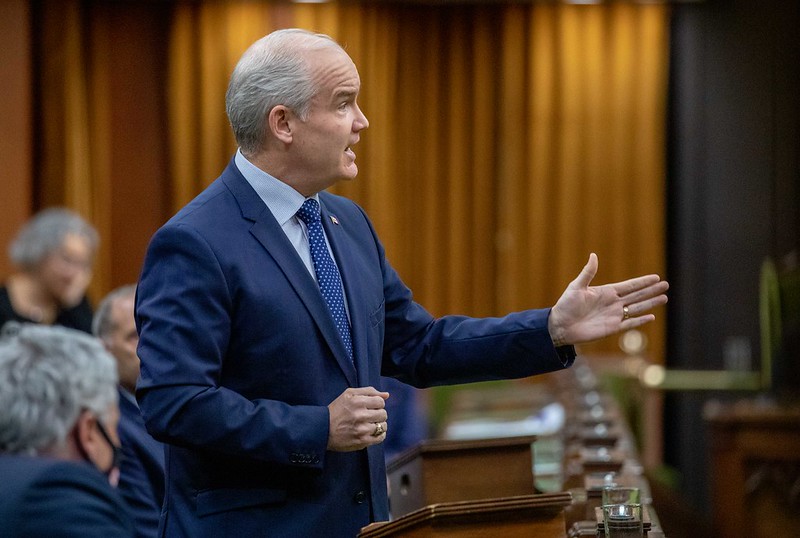 In the past week, Canada’s Conservative party leader, Erin O’Toole, has been ousted after a ‘leadership review’.

Canada’s conversion therapy ban recently gained Royal Assent without ever having been scrutinised by a parliamentary or Senate committee. Conservative party motions saw it fly straight through all parliamentary stages without debate.

The press reports ‘sources’ saying this week’s revolt goes back to the party’s approach to the issue:

“Conservative MP Garnett Genuis is ‘spearheading the coup because he was in Latvia when we gave unanimous consent to make conversion therapy illegal.’”

Calling the politicians who fast-tracked the ban ‘the conversion crew’, reports have suggested that the move in Parliament did not match the wider mood of the party. Many party members had concerns about the unintended consequences of the ban. There will be other reasons too, of course, for O’Toole’s unpopularity with his colleagues. But there is no doubt that his backing for a broad conversion therapy ban – without debate – was a provocative move.

‘not seen as controversial’

Surprisingly, the UK press have suggested that banning conversion therapy, at least for sexual orientation, is uncontroversial. The Telegraph recently said:

“The Government's plans to outlaw gay conversion therapy - which are not seen as controversial - were first promised by the Conservatives in 2018.”

But O’Toole’s fall is not the only illustration of how controversial these bans can be.

The Australian State of Victoria’s ban, often touted by activist groups here as the ‘gold standard’, has also brought turmoil to political parties in the region. In October, recordings of explosive meetings where there was fury over the conversion therapy ban were leaked to the press.

The Opposition coalition had previously pledged to amend the ban to better protect the ordinary work of churches from being caught within its scope. But then Matthew Guy, the Opposition leader, and James Newbury, the newly-appointed shadow Minister for Equality, announced they would not amend the ban.

Outrage ensued. Many Opposition politicians recognised that the new law unreasonably limits religious freedom and parental rights. They saw that the consequences of a ban did not match their commitment to freedom of thought and expression.

Long-serving MPs said they could not recall another meeting ever being recorded and leaked. One MP called the political fall-out a “festering wound”.

Lawmakers in the UK should take note. Activists pushing for broad bans in our own country are all too eager to gloss over the political difficulties of similar legislation around the globe. Laws which attack basic religious freedoms will never be uncontroversial, and will always be challenged.