Home Latest Who will scrutinise the scrutineers? 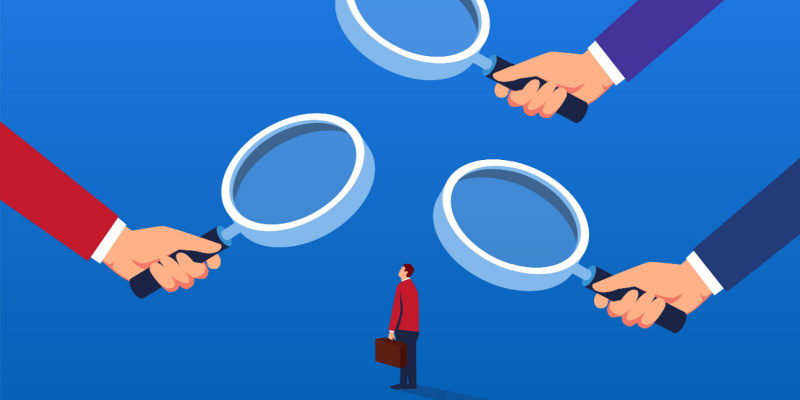 Who will scrutinise the scrutineers?

The Scottish Parliament’s Equalities Committee (EHRCJ) is once again under pressure over its biased scrutiny of plans to ban so-called conversion therapy.

In a recent letter to a Government Minister, the Committee makes a tacit admission that in holding an oral evidence session with the Government’s ‘Expert Advisory Group’, future scrutiny could be compromised.

MSPs on the Committee wrote to the Minister for Equalities, Christina McKelvie MSP, saying they are “conscious of the need to ensure the Committee’s scrutiny of the proposed Bill (should it be designated lead committee) is not compromised”. Disregarding its own apparent concern, the Committee chose to hold the unnecessary evidence session anyway.

As the Committee is likely to be responsible for future scrutiny of the Government’s highly contentious legislation, its disregard for impartiality is another blow to those concerned about the disastrous consequences of an ill-thought-through law.

Earlier this year, the same committee was criticised for its lack of impartiality over the issue.

The EHRCJ was responsible for scrutinising a public petition calling for a conversion therapy ban, but the Committee took evidence almost exclusively from those who supported the petition.

Christians are deeply worried that the intentions for a broad ban supported by many MSPs will criminalise the ordinary work of churches – prayer, pastoral care, preaching and parenting. Many feminists share concerns that such legislation would limit free speech and criminalise parents for encouraging children struggling with gender issues to embrace their biological sex.

The Christian Institute wrote to Holyrood’s Presiding Officer, questioning the apparent bias of the committee’s scrutiny.

Of the Committee’s ten members at the time (including substitutes), seven had already signed a public pledge drafted and promoted by the petitioners – a campaign group called ‘End Conversion Therapy Scotland’ [ECTS]. Throughout the evidence sessions, many committee members felt obliged to publicly declare their prior support for ECTS’ aims. However, none of them saw fit to recuse themselves from the Committee’s deliberations.

The Christian Institute asked: “How can the Committee be expected to exercise impartial, critical judgement when most of its members have given assurances directly to the campaign group whose claims they are scrutinising and have promised to enact the very policies being sought?”

Out of eight evidence sessions held by the Committee prior to The CI’s letter, only one gave the opportunity for concerns to be raised. All the rest – and every single one since – have only heard from groups advocating a broad ban without reservation. MSPs on the committee have uttered barely a word of concern that the ban has potential to damage civil liberties.

And the committee made no mention of the fact that the authors of the petition (who were also invited to give oral evidence) were active members of the Green Party who are in coalition government with the SNP and therefore have a major say in the drafting of the ban.

Several members of the committee appeared to think public statements of support for the petitioners fitted with their role of scrutiny. After one session, Pam Duncan-Glancy MSP tweeted to ECTS:

“Your evidence was so powerful. Look forward to working with you and to banning Conversion Therapy ASAP”

After another session, and wrongly using the campaign group’s name as the title of the session, she said:

“We heard really powerful evidence on @ECTScotland today… I will do all I can to get a comprehensive ban here in Scotland, ASAP”.

Another member, Maggie Chapman MSP tweeted to the activists:

“Rest assured @ECTScotland, I will not be swayed!”

Is this the sort of communication one should expect from elected politicians on an official Parliamentary Committee tasked with scrutinising the demands for a new law?

The need for scrutiny

It is frustrating that MSPs seem unwilling to listen to those with legitimate civil liberty concerns. The proposals that the Committee put forward raise many questions. The subsequent recommendations of the Expert Advisory Group are even more worrying.

As Aidan O’Neill KC has made clear, there is no doubt that they are intended to place limitations on freedom of religion. Some argue this is justified – and in human rights law restrictions would be justified if what was being outlawed was actual abuse.

But the law is thankfully already on the side of anyone who is abused or coerced. LGBT people have recourse to justice against perpetrators of verbal or physical abuse, whoever they are. So the idea propagated by the media that electrocuting gay and trans people is legal in Scotland – or that churches are engaged in it – is wrong, ridiculous and repugnant.

Activists instead are pressing for a law which goes much further. The ban they demand would interfere with as many as four European Convention rights.

As the Christian Institute wrote to the Presiding Officer:

“It is very regrettable that concerns such as these seem to have fallen on deaf ears with the EHRCJ. The public expects impartial scrutiny. Instead, Committee members have made promises to campaign groups and taken evidence disproportionately from those supporting the petition.”

The Scottish Parliament unfortunately has a track record of ignoring legitimate concerns and passing legislation that is later struck down by the courts for being outside its powers. It is in danger of making the same mistake again.