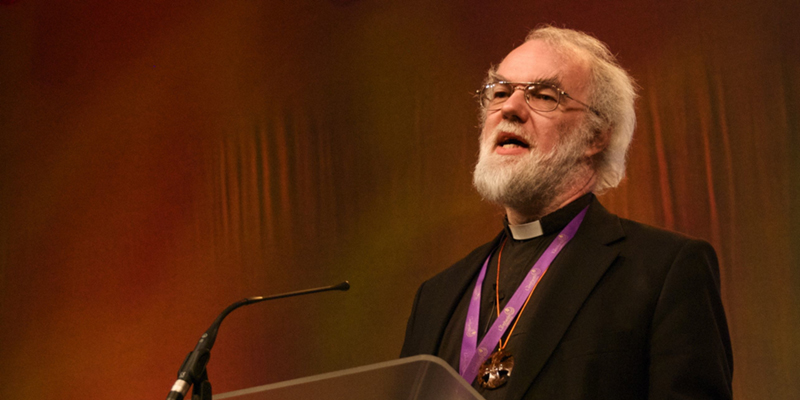 The former Archbishop of Canterbury, Lord Rowan Williams, has signed a letter calling on the Government to reinstate plans for a ban on ‘transgender conversion therapy’.

The letter, by Steve Chalke and co-signed by several Church of England leaders, comes in the wake of the Government’s decision to drop the ‘trans’ element of its proposals to ban conversion therapy.

The change of plans came amid fears that a conversion therapy ban may harm rather than help children and young adults who seek help for gender dysphoria. The number of teenagers seeking help for dysphoria has risen exponentially in recent years, and many fear a ban could prevent parents, teachers and clinicians discussing the issue freely with children who need help.

Ignoring these risks is very much out of tune with wider public opinion.

The letter correctly points out that Christian conversion and 'conversion therapy' are worlds apart. Abusive and coercive practices have no place in the church or elsewhere, and the Government is right to take a stand against them. No one would complain about a ban on abusing people, transgender or otherwise.

But abuse is already illegal. The Government has recognised that there is little evidence of practices taking place which aren’t already caught by existing law. Instead, the letter writers are giving credence to those who want the law to affect the ordinary, harmless work of churches, and those who want to restrict parents’ ability to bring up their children in line with their beliefs. This is entirely unworkable, and that is why the Government dropped the plan.

The letter written by Chalke also dangerously claims that:

“To be trans is to enter a sacred journey of becoming whole: precious, honoured and loved, by yourself, by others and by God.”

All of us are made in God’s image and faithful churches love and welcome all people for this reason. But the idea that ‘finding yourself’ - without reference to God and creation - is some kind of ‘sacred journey’, is utterly at odds with biblical teaching. In fact, it sounds rather similar to an ancient heresy called ‘Gnosticism’, which believed a person must find and perfect an ‘inner spark’ to achieve salvation.

But in the second century when such views were widespread, there was no expectation of altering the human body to achieve this impossible goal. Today’s even more extreme version of this ideology, rejected by the Church for almost two millennia, is clearly out of step with what the majority of Christians worldwide believe. Certainly there is not a shred of biblical teaching to support the notion that anyone can ‘transition’ to the opposite sex. Jesus and the Apostles both repeated and underlined the clear teaching of Genesis that “from the beginning of creation, God made them male and female”.

The Bible nowhere teaches that we must make ourselves into something different to become loved by God. We are all precious, honoured and loved by God, no matter who we are or what we’ve done. To suggest otherwise is deeply unbiblical.

But whatever views people have about the Bible, the question for Government is whether or not legislation on conversion therapy should criminalise Christians for upholding the Christian faith.

As church ministers said to the PM in a letter last Friday: “it would be a terrible and tragic mistake for the UK government to make us criminals for exercising and teaching mainstream, historic Christianity”.