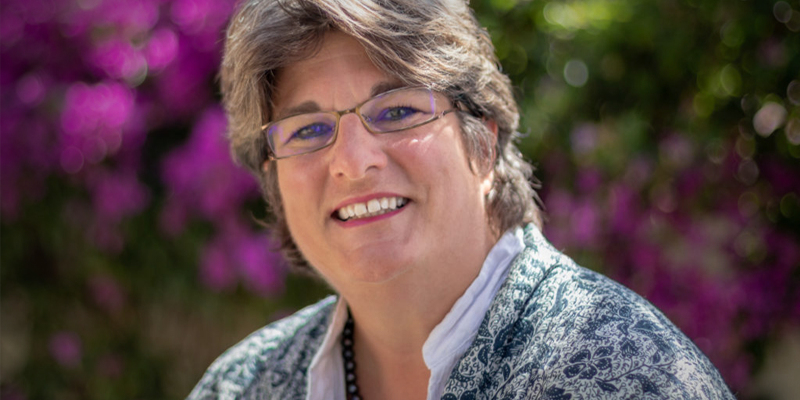 Jayne Ozanne: asking for the impossible

If you regularly read our blog, the name Jayne Ozanne will be familiar. She is the chair of the Ban Conversion Therapy campaign and an outspoken advocate for a ban that captures the ordinary work of churches.

She sat on the Government’s LGBT Advisory Panel when it first devised plans for a ban, and is friends with ITV’s Paul Brand, who has been at the forefront of the campaign in the media.

She is a Church of England synod member and asserts she is an Evangelical Christian (despite disagreeing with much that Evangelicals believe). She claims to be a survivor of conversion therapy.

So what Ozanne says does matter – she is in many ways the link between those in power, and the LGBT community.

What does Ozanne want to ban?

Ozanne believes that church practices that are not LGBT affirming should be covered by a ban. From Christian parenting to pastoral care, Ozanne thinks it should be impossible for those struggling with their sexual orientation or gender identity to be encouraged to remain faithful to the Bible’s teaching.

Infamously, Ozanne told the Guardian that “gentle, non-coercive prayer” should be outlawed. Less well known is her bizarre call for ‘praying alone’ to be banned, including it in her Foundation’s survey on the prevalence of ‘conversion therapy’ in the UK.

According to the survey, those who pray on their own for God to change them have experienced abusive conversion therapy practices. The campaign she leads, which is supported by controversial groups Stonewall and Mermaids, has apparently backed this theory, specifically calling for “private prayer” to be outlawed.

But while banning prayer and traditional church teaching should seem outlandish, politicians are blindly accepting what Ozanne and her allies say.

A closer look at Jayne Ozanne’s account of her own experience gives an enlightening insight into the contradictions in her campaign’s demands.

She described what she thinks conversion therapy looks like in an interview with Premier Christianity.

“When I talk about conversion therapy, I tend to talk about it in three stages. The first stage is the private hell that many of us live in for many years not talking to anybody about it, because we think we will be ostracised or rejected. In my case that led to my body, sadly, really cracking under the strain and my being rushed into hospital trying to work out what on earth was going wrong with me.”

Jayne explains here how she became severely ill as a result of “cracking under the strain” of bottling up concerns about he own sexuality. She says that felt she would be rejected. Let’s compare this to what she says in her autobiographical book Just Love: A journey of self-acceptance. In that account she remains unsure about her own sexuality at this point in her life. And it seems unlikely to only be issues of sexuality that drove her to the edge of breakdown. As she explains in her book, she was successful at a young age, having very stressful and high-pressured jobs. Nonetheless, this could not have been a reaction to ‘conversion therapy’, since she had never spoken to anyone about her sexuality. Instead it was a response to bottling things up and refusing to discuss them. It’s actually an argument in favour of freedom in pastoral care, not against it. If church leaders are unable or unwilling to discuss sexuality with struggling people, more will be forced into bottling up their struggles. Describing the ‘second stage’ in her interview with Premier, Ozanne made this startling admission:

“Then I started reaching out and I spoke to people within my church group and my prayer and Bible study groups. This is done by loving, kind, wonderful friends who wanted what I wanted, which was for me to be changed to become ‘normal’ - settle down, have a family and get married. Those prayers were done with the best of intentions, but had a horrendous impact on my psychological wellbeing.”

Jayne is explaining how people lovingly tried to help her achieve what she wanted in response to her own requests. Again, she is clear in Just Love that she was herself unsure about her sexuality for much of this time. She had boyfriends, and was ‘testing things out’. Friends encouraging her to think of having a family could hardly be accused of ‘conversion therapy’ when she wasn’t open with them about her sexuality. Can legislation prevent “loving, kind, wonderful friends” encouraging people to “settle down, have a family and get married” - especially when they have no idea the person is attracted to members of the same sex?

“The third phase is when you look for specialised ministries - people who believe they’ve got special gifts, who I would pay quite a lot to spend some time with. I subjected myself to all sorts of treatments there. But that was just as damaging as the prayers from kind, loving, well-meaning people.”

While Jayne sought prayer and support from Christians in the UK, it is clear she could not find the sort of ‘therapy’ she was looking for in ordinary churches. She also looked for, and paid for time with, people who were obviously outside mainstream Christian practice. Elsewhere she explains that she had to seek this specialist treatment abroad. But banning conversion therapy in the UK will not affect what people do overseas.

So there we have it: three stages, two of which are clearly just part of ordinary life and could never be banned, and a third which is certainly beyond the bounds of ordinary church work, and which appears to only take place abroad. So how would a ban have helped Jayne?

Jayne’s account demonstrates the inconsistency and incoherence of the narrative established by Jayne and her friends in the media. They equate the ordinary work of churches with what sounds like genuine abuse. They do this because they do not like what churches teach. They are entitled to that point of view, but outlawing it is a different matter.

Jayne and her allies may now regret their experience within local churches because they no longer believe what those churches believe. But their regret is no reason to remove the freedom for others to believe those things and to seek prayer and pastoral support from those who share their beliefs. They deserve the right to live according to their religious beliefs, just as Jayne does now.

Abusive practices, physical and verbal, are already illegal. If they take place today in the UK, they should be bought before the courts. But that does not require a new criminal ban.

By unfairly attaching the words ‘hurt’ and ‘harm’ to the loving care received from well-meaning Christians, Ozanne is misleading people about her experiences. And it is precisely this sort of misrepresentation that Christians fear will leave them vulnerable to unjust prosecution under a ban.

A ban on “just conversations and suggestions”