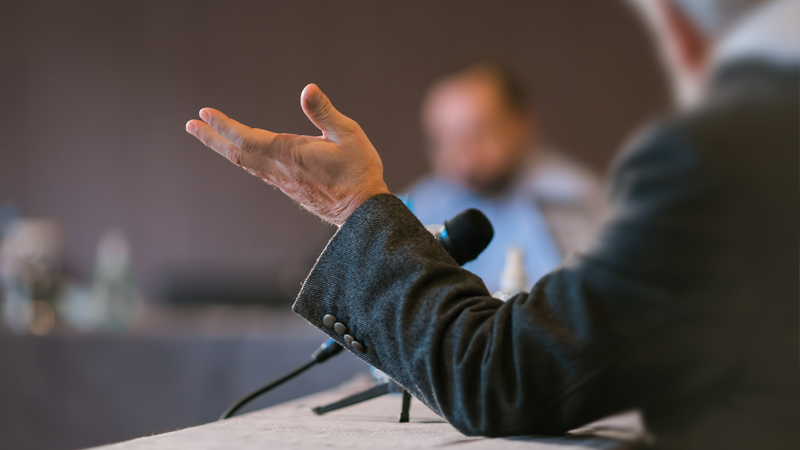 “We will not accept ANY request that will place a conversion therapy survivor up against those who promote or participate in this form of abuse.” (Twitter, @ECTScotland, Apr 2 2022)

It sounds like a reasonable position. We all have great sympathy for those who have been subject to abuse – no one would defend it, and everyone can understand and respect their wish not to be pitched against a perpetrator in the media.

But that isn’t what’s happening here. Rather, it’s a dangerously repressive method of stifling disagreement.

You see, ECT Scotland say anyone who opposes their political position on how to ban conversion therapy is ‘promoting’ the practice, even if they are doing nothing of the sort. When did you last hear someone say “I want to carry out conversion therapy”? No. Those of us on the opposite side of the argument from ECT Scotland say “Abuse is wrong and illegal. If there is a form of abuse somehow not caught by current law, then ban it. But simply encouraging someone to follow the Christian faith is not abuse. Please don’t criminalise us for our faith.”

Many sensible supporters of a ban accept this distinction and don’t want pastors and parents punished merely for teaching their faith. But ECT Scotland aren’t sensible. They DO want the law to punish those who uphold the Christian sexual ethic. Their ‘no debate’ policy deliberately slanders anyone who takes this nuanced approach, accusing them of ‘promoting or participating in abuse’. So any media request is blankly refused if there is any chance of disagreement. Blair Anderson says:

“Happy to engage with anyone who wants to discuss *how* we should end conversion therapy. We won’t debate *whether* we should end the torture of queer people” (Twitter, @blairanderson35, Apr 2 2022)

Again, is a parent or pastor explaining the Christian sexual ethic really “torturing” anybody? Clearly not. This kind of language is outrageous, and does disservice to real victims of torture, but activists do it deliberately to try to silence debate. Because, for many people, being falsely accused of defending ‘torture’, is enough to make them decide to keep their mouths shut.

Broadcasters should not allow themselves to be manipulated in this way. If ECT refuse to take part in a radio or TV interview, they should find someone who will.

And they should start asking difficult questions of the activists. No one on our side claims abuse or coercion should be allowed to continue, but ECT’s intolerant attempts to have prayer, pastoral care and Christian parenting included within the ban need to be questioned – before it’s too late.

‘No debate’ policies are not new for LGBT activists. In 2018, Stonewall’s then CEO Ruth Hunt said there could be 'no debate' on “trans people’s rights to exist”.

The statement was made in response to a petition calling on Stonewall to reconsider their position on transgenderism. Many were unhappy with the lobby group’s promotion of the concept of ‘gender identity’ and their branding of anyone who opposed their position as ‘transphobic’.

Stonewall’s response made clear their policy of ‘no debate’ on the issue, albeit couched in more attractive language. But nobody opposes ‘trans people’s rights to exist’. It’s a straw man. A slander on those with different views. A manipulation of decent people’s emotions. It’s akin to calling your opponents “Nazis” as an attempt to shut down debate. As Janice Turner wrote in The Times: “Trans activists think debate is hate speech”. Or at least, they SAY its hate speech. We all know what real hate speech is and we all know disagreeing with male-bodied people in female-only spaces is not it. Activists just use that poisonous terminology because it gives them power – power to silence people.

LGB campaigner Jonny Best explains: “The 'no debate' strategy was intended to delegitimise opponents’ views while [Stonewall] worked behind the scenes with the Government to drive through its preferred changes to the Equality Act and the Gender Recognition Act before critical voices could get a public hearing.”

It hasn’t exactly been successful. There has been a huge backlash against Stonewall for demanding we all talk about ‘chestfeeding’, and call mothers ‘parents who have given birth’.

Other groups hold the same position. Mermaids, the hugely controversial group claiming to represent transgender children, told the UK’s Equality Commission (EHRC): “Trans rights are not up for debate”, by which they mean “you must accept our views on everything without asking us any difficult questions”. Thankfully, the EHRC has recognised the public concern over the values Mermaids promotes.

Those pressing for ‘trans’ to be included in a conversion therapy ban have tried to use boycotts to get their way. Over 100 groups followed Stonewall in a boycott of the Government’s ‘flagship’ LGBT conference, but the move backfired when the Government cancelled the event.

In Ireland, the Trans Writers Union have boycotted The Irish Times over a single article which expressed concern about the unintended consequences of including transgenderism in a ban. Their refusal to write for the publication seems self-defeating, but the Union of Students in Ireland has still decided to follow suit.

‘No debate’ policies are, frankly, rather childish. They are the equivalent of name-calling in the playground to try to get a crowd jeering someone you hate. Sadly, they are a mainstay of students who refuse to allow speakers on campus if they don’t agree with them. More often than not, they do more harm than good. Even if the speaker DOES have terrible views, isn’t it better to let him speak and then let others take apart his argument? The truth can stand on its own two feet in the marketplace of ideas.

‘No debate’ policies are also anti-democratic: stifling public debate to ensure only your own voice is heard is what dictators do. Perhaps the activists know there is public sympathy for our position and are afraid our arguments will catch on. They are doubtless aware that the more people understand the issue, the more they take a nuanced position themselves. Having the public “understand the issue” is the last thing they want.

In contrast, we are prepared to debate even with people who think our religion is evil and should be outlawed. We are happy to talk to people who falsely accuse us. Even when we think those we debate hold terrible views, we think discussion can open minds. And we respect people with differing views even if we don’t respect their views. Because we’re all human, we’re all made in the image of God, we all possess inherent dignity and worth. Christ taught us to love our neighbour, and to love our enemies.

Isn’t that a better approach to the public square?