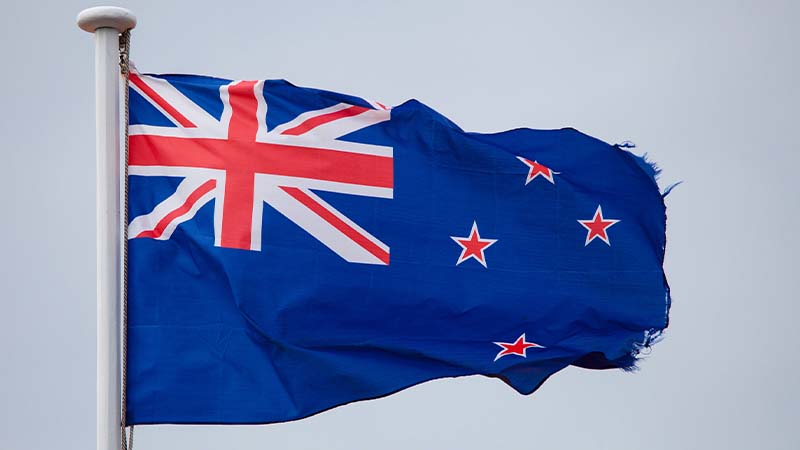 New Zealand’s Ministry of Health has updated its website to remove the false claim that puberty blocking drugs are “safe and fully reversible”.

In a country which has possibly the world’s most liberal laws on ‘gender’, it is a startling change of tune from the Government. But the recent ‘conversion therapy’ ban there has made it more difficult for medical professionals and parents to disagree with their children’s self-identification. Is the update too little, too late?

Christians, leaning on the Bible’s clear teaching of the clear link between biology and gender, have for many years questioned why governments and health officials have been more inclined to listen to LGBT activists than science. In recent years, cancel culture and ‘woke’ HR departments have made it increasingly difficult to question this ideology in public.

But the surge in the number of children, especially girls, claiming to be the opposite sex, has forced the wider public to ask questions about unquestioningly affirming these children. Alongside this, a category of detransitioners – those who now regret their previous ‘transition’ to the opposite sex – is widely documented. This now significant population have often faced disastrous mutilation and irreversible change to their bodies. Those like Keira Bell, who have taken a public stand, have made us all aware of the tragic consequences of promoting this radical ideology as a quick fix for common teenage struggles.

The plight of detransitioners has forced medical authorities to re-examine how they treat such children. The Cass Review into England’s gender identity services for children is now underway: it has already shown up major failures. And the decision to close England’s Tavistock gender clinic for children, partly for the very reason that it was led more by ideology than good medical practice, has sent shockwaves around the world.

New Zealand is waking up to the fact it has been ill-advising patients and parents. The Ministry of Health website now reads: “Puberty blockers are a medicine that can be used to halt the progress of potentially unwanted puberty-related physical changes”. It is an improvement from the former claim that they were “a safe and fully reversible medicine”.

But compare that to what is said in the Cass Interim Report: it speaks of the drugs having “unknown impacts on development, maturation and cognition” and “a range of side effects… which may make day-to-day functioning more difficult”. Cass questions “whether puberty blockers do indeed provide valuable time for children and young people to consider their options, or whether they effectively ‘lock in’ children and young people to a treatment pathway which culminates in progression to feminising/ masculinising hormones”.

Clearly the change in New Zealand is extremely subtle, failing to acknowledge both the known dangers of medical treatment for transgenderism and the potential of regret. And perhaps most significantly it fails to address the ideological basis on which these drugs are prescribed.

Are those who disagree philosophically with this denial of biological reality any better off – whether Christians or feminists – or will the pressure to promote radical gender ideology and all it entails to children remain?

The update follows the New Zealand Government’s ill-considered legislation on so-called conversion therapy. Its ban on ‘conversion practices’ passed in February this year.

Legal advice given to the New Zealand Attorney General stated that it would pose “a significant limitation on freedom of expression”. The wording of the law excludes “the expression only of a religious principle or belief”, leaving the possibility that seeking to persuade an under-18 away from transition would be considered illegal.

It is questionable, then, how much help this very minor change to the Ministry of Health’s website will make, when clinicians will be terrified of being struck off for ‘conversion therapy’ if they fail to follow the State-approved ideology.

This is the situation in Victoria, Australia, where official guidance on the conversion therapy ban there says a parent “refusing to support” their child receiving puberty blockers is now illegal. One recent news report from the State says that parents “now live in fear of being charged for simply trying to get mental health support for their vulnerable children”.

A conversion therapy ban in the UK

Banning ‘conversion therapy’ sounds like an attempt to prevent coercion and abuse. But those most strongly campaigning for it in the UK want to copy Victoria, Australia. They want to enshrine LGBT ideology in UK law, saying not only that a ban should cover medical practices but also covering “casual conversations” and “private prayer”.

Their instinct is to end people’s freedom to voice their own opinion and exercise their own viewpoint, religious or otherwise. It is deeply repressive and highly illiberal. It would quickly silence the important questions that must be asked of LGBT ideology.

But people must be free to raise their concerns with fashionable thinking. Parents must be able to urge caution and encourage their children to question what social media is telling them about sexuality and gender.

The Tavistock’s ideology was evidently unsuitable for treating struggling children. Surely we can agree it would be a disaster to put the same thinking on the statute book?